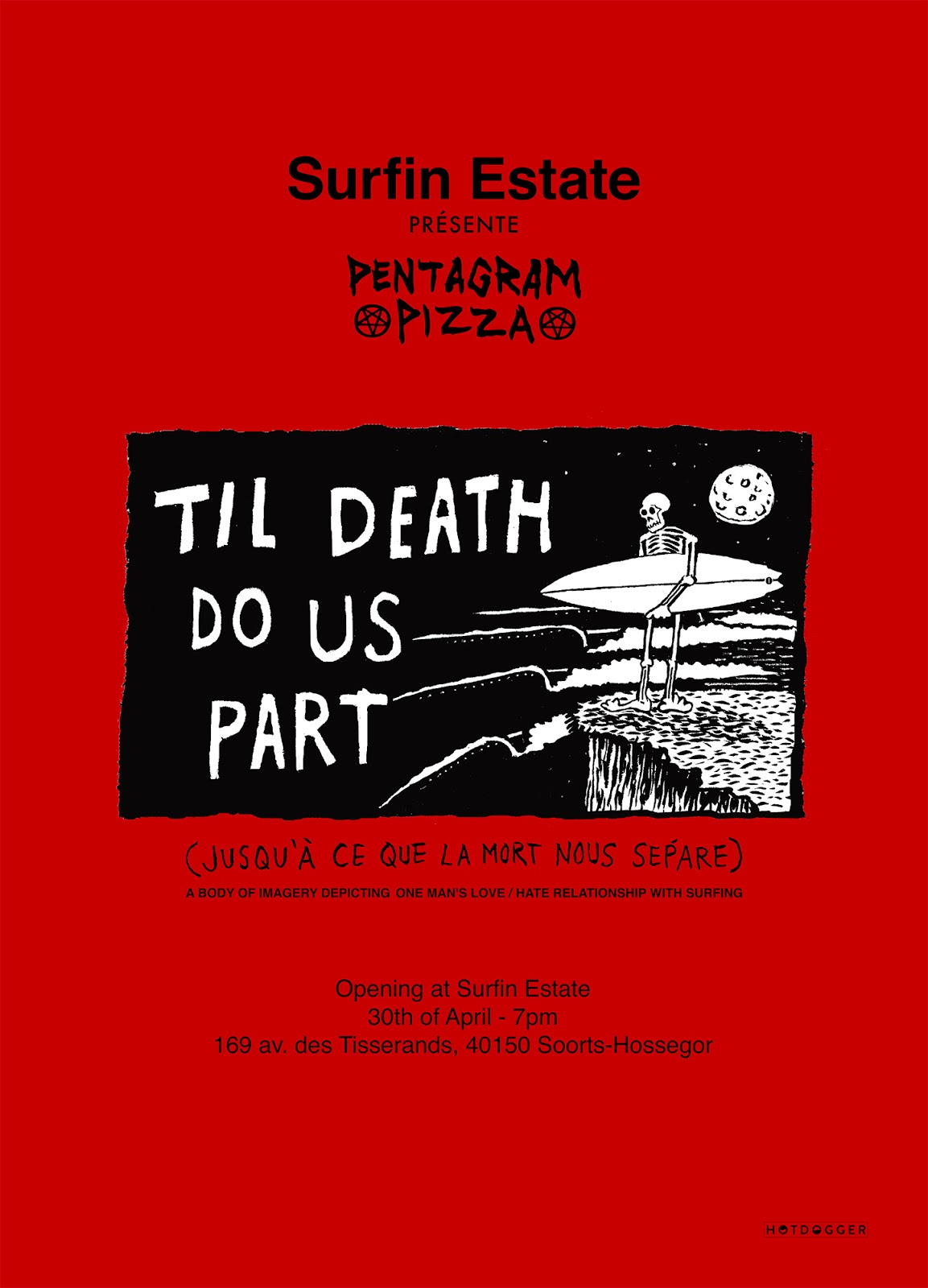 Please join us on the 30.04 for the opening of @pentagram_pizza exhibition's "Til death do us part".
A body of imagery depicting one man's love/hate relationship with surfing. 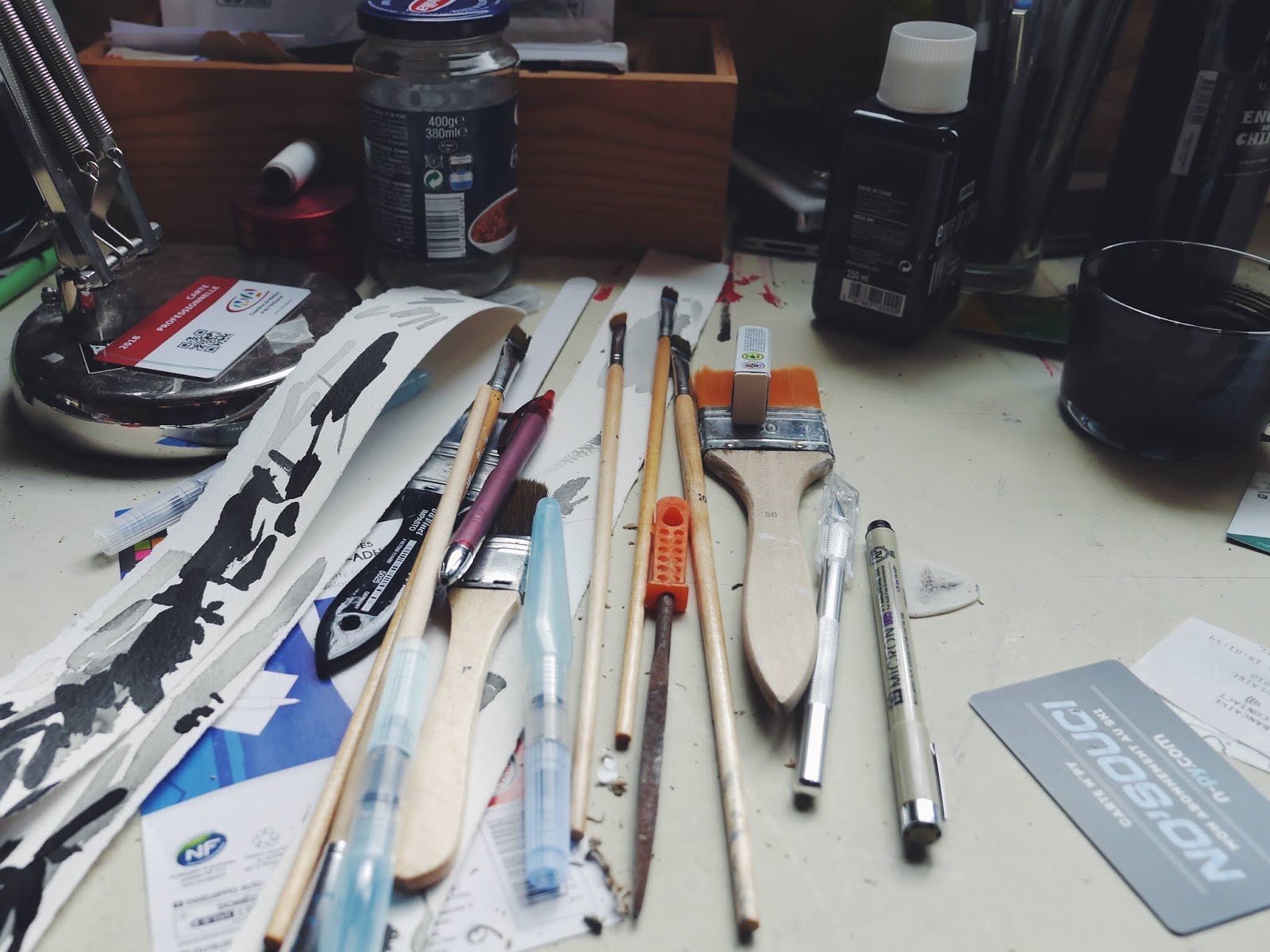 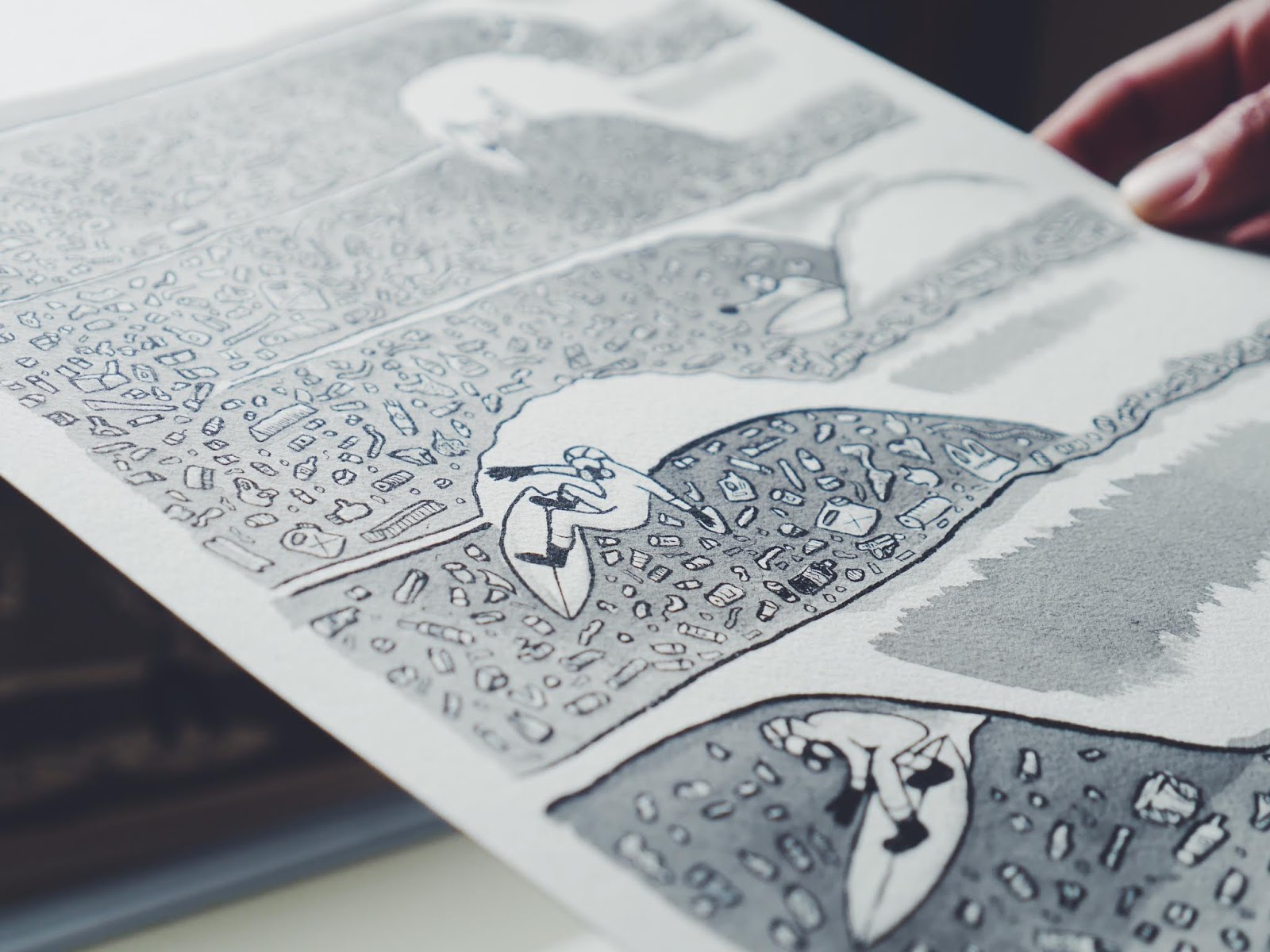 Originally from California, Pentagram Pizza (Mike Mailman) began surfing in 1981 in Newport Beach. A graphic artist from a very young age, he was the first person to be hired into the Art Department at Volcom in 1996; mostly because of his eye-catching concert fliers conceived while playing in local punk and metal bands.
Although more well-known for his collage art in the aforementioned brand's 90's heyday, he currently works with ink and brushes almost exclusively. Mike is now based in Seignosse since almost 20 years. 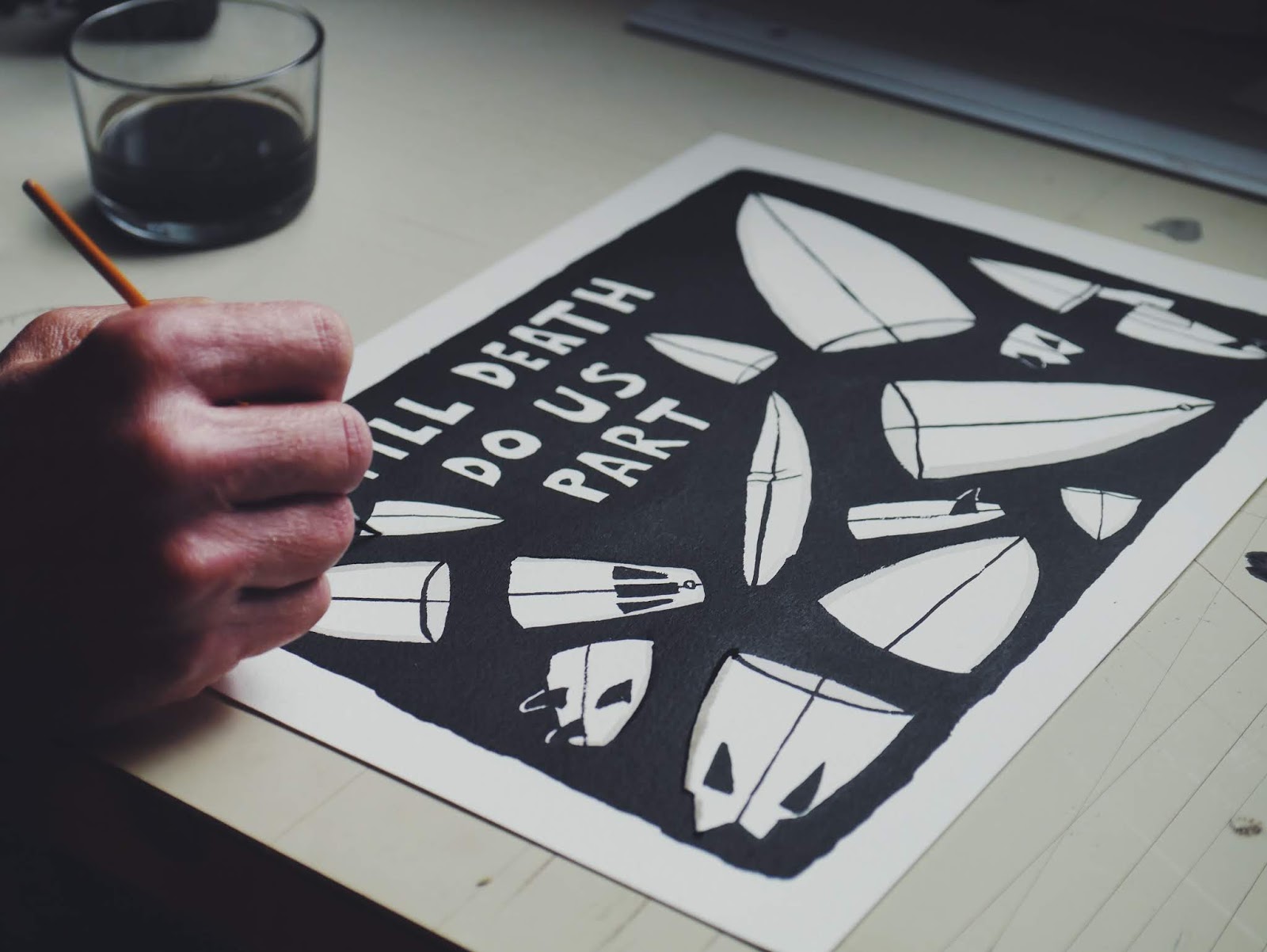 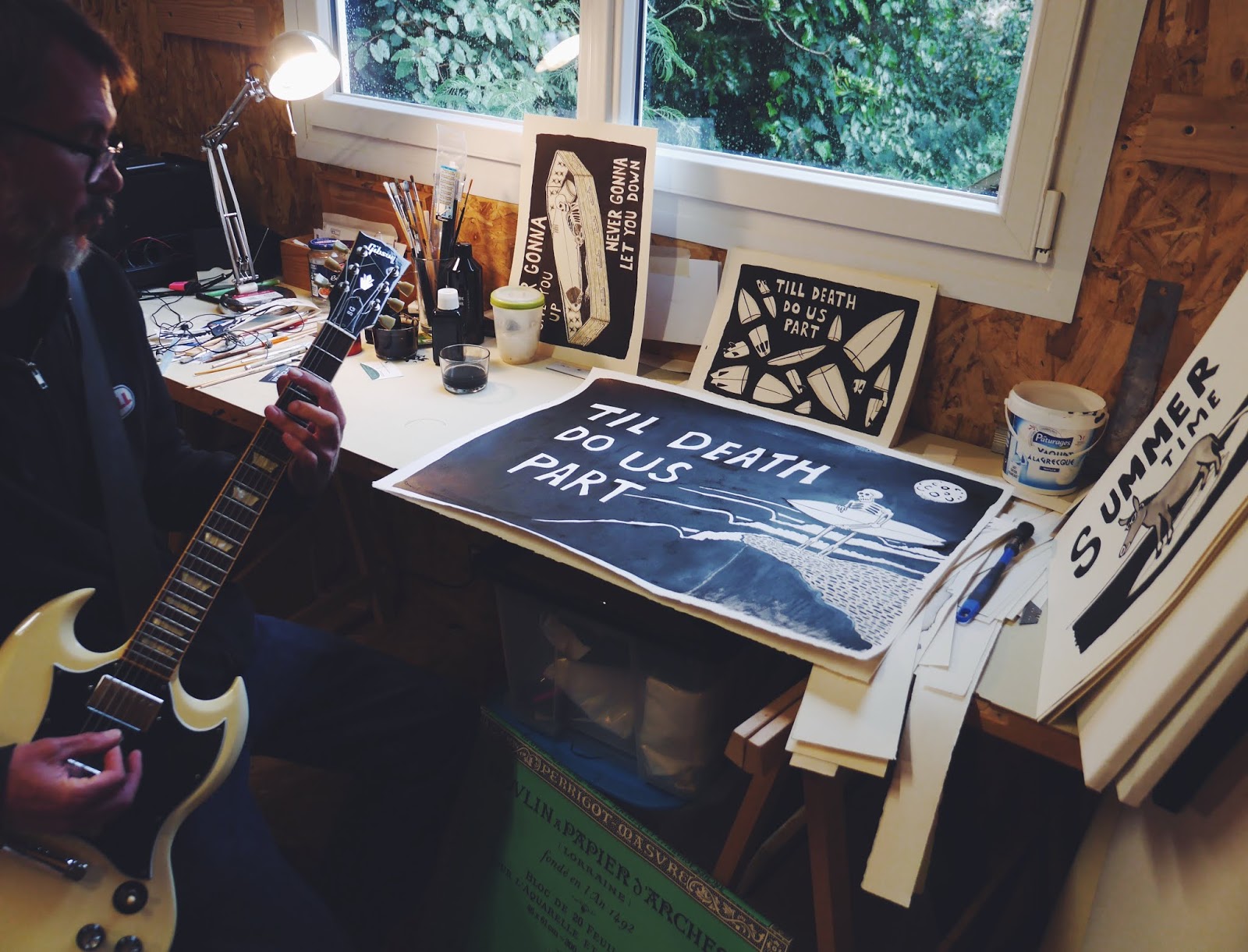