For the last 7 years Artist - Film maker Thomas Campbell has been making a self funded skateboarding movie, mainly shot on a 16mm film -- called Y.O.D. (Ye Olde Destruction) .... with a solid grip of shredders building and skating DIY action, some street stuff, pools, and some parks. The movie is really about capturing sessions and the movement of the life and happenings in these scenerios. Part of the theme and vehicle that propels the film is the driving of two old cars ( one 70's Cadillac and one black Ford Station wagon) two squads travel around in these cars skating different spots, sometimes skating the cars and basically wilding out in said cars. In some ways the movie falls into the classic genera of the car movies movie motif ( Bullet or Brown Bunny) And in the end the both crews meet up build a diy spot in Bakersfield, skate it, have a smash up derby and it's over. Campbell has an A list team of lensmen to help him capture the motion picture scenerios and shreddings - French Fred, Jon Miner, Mike Manzoori and Connor Wyse. 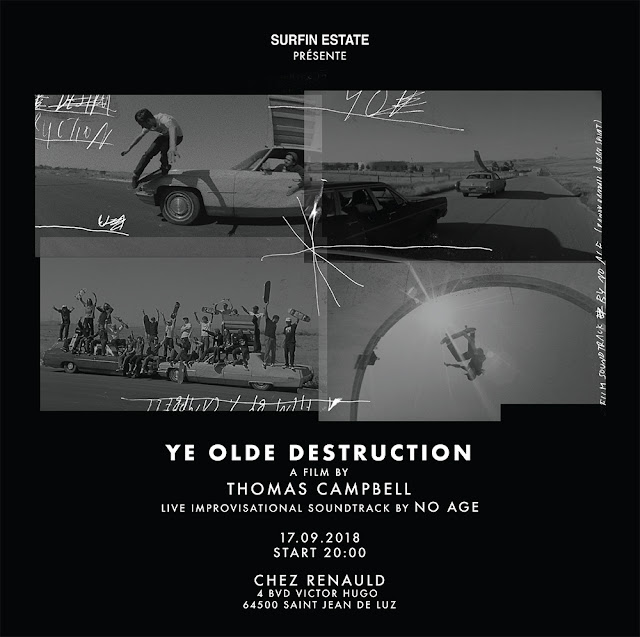