43°39'46"N, 1°26'36"W
Panier Afficher en pleine page
Last Monday, Drinks, the side project of Tim Preslet from White Fence and Cate Le Bon, were playing their first show ever at la Mécanique Ondulatoire in Paris.
The beginning of the show was a mess we have to say, with a lot of technical issues, just like a proper first show of a garage band. But after a few songs, the set began to be more and more clean and turn into a Velvet Underground kind of stuff, really Lo-Fi and really dissonant. It surely gonna be better after a couple of dates, so if you have a chance to catch them on the road, you should, Tim PResely is always great live ! 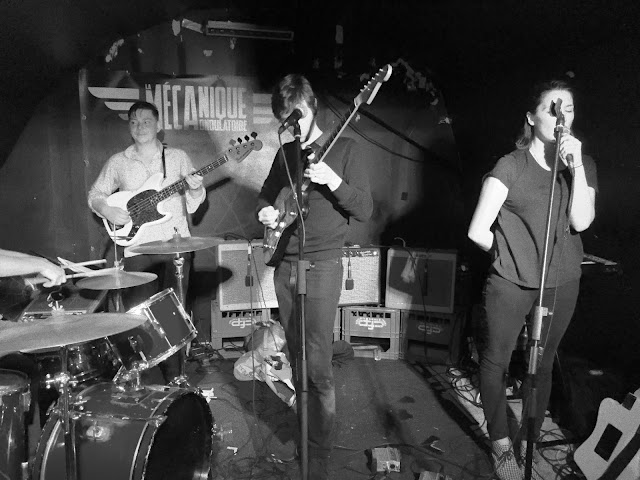 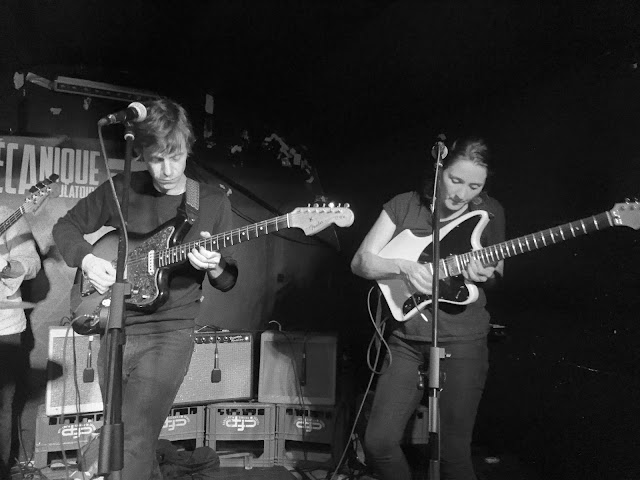 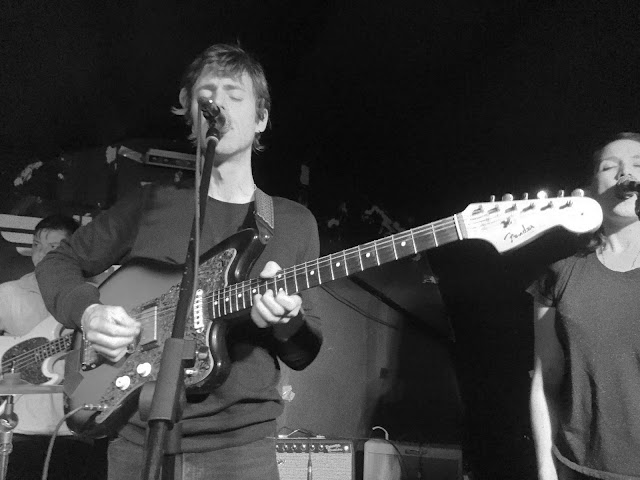