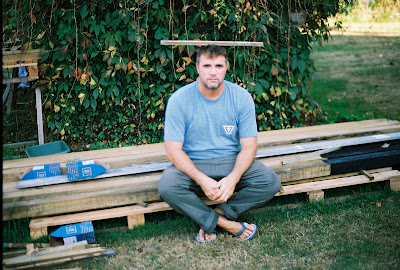 We're having an exhibition of Thomas Campbell these days called "Slipped and Dipped". Thomas Campbell is a self-taught painter, sculpture, photographer and filmmaker. He splits his time between his painting/sculupture/stuff making studio in Bonny Soon, California and traversing the globe making films. Campbell's artwork combine scribbles and scriptures, taking slogans and anecdotes from his unique vocabulary and juxtaposing them with a profound look at human nature. Thomas spent a few days around Hossegor, we went surfing, and on the road we had a conversation about his vision of surfing, skateboarding amongst other things.
You just released on Monday what will be your new skate movie, Ye Olde Destruction, and you’re now having a mainly surf exhibition, what’s the link between these two disciplines ?
I grew up with the skateboarding culture and that’s also what inspired me to be a creative. I kind of adapted the outlaw skateboarding spirit and culture to my vision of surfing. Since I was a kid I've liked doing both. I started skateboarding when I was 5 and surfing when I was 10, it has always been part of my life.
You’re documenting surfing since two decades, what do you think about the evolution of it ?
It seems that people are getting more and more open about the different kind of equipment they can ride and I think that’s cool. Hopefully people are just having more fun and and able to surf in different situations – smaller waves, bigger waves or whatever kind of waves, there are a lot of different options available now. Maybe there are too many people in the water but whatever, as long as we’re having fun. 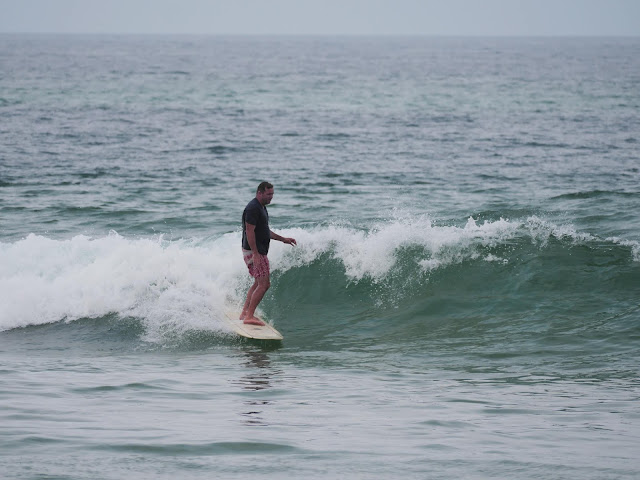 You sent me an image of an asymmetric board you did with Travis Reynolds, what attracts you in these design ?
I think that for some designs it's not as important maybe, but I think it can be really helpful. Sometimes you want a straighter line on your toe-side rail for driving, and then you want more curve on your heel edge rail. You don't really drive that much on your heel side rail, you turn and drive on your heel more than, like, long, projected driving on your toes. So that's a different curve, a different outline... Been working on asymetrical shapes with over the last 6 years  or so with Travis, Bob McTavish, Carl Ekstrom and Ryan Burch, but mostly with Travis.
We were really inspired by Ryan and Carl . Ryan has made me several boards and I tried some of his boards as well. He's a good friend, and we have long discussions about this stuff and he eventually introduced me to Carl Ekstrom. In the end, if you want to try something different, then go for it. I'm having fun with these boards and it seems that there is really something there.
What would you say to someone that want to learn surfing ?
I think that generally people are looking at surfing like they start and they want to get to the point where they are doing what other people are doing, riding that wave etc. Sure, everyone wants to get there. But there are also so many details you need to learn and connect with, like how the water moves and how you adjust to it and all the different things, being in the water and seeing how it works. You could have a really good time if you were more connected with your environment if you’re not worried about the end result of standing up and ride the wave. Maybe take it slow, ride on your stomach for a while, even a month, and feel how you engage your rails and trim. Surfing is not just about standing up and riding a wave, so I try to tell people around me: take it easy, try to understand what’s going on, even if you’re getting smashed, you’re still learning. We’re all getting smashed at some point and we learn how to deal with it. There are so many little details, it’s not just about riding. 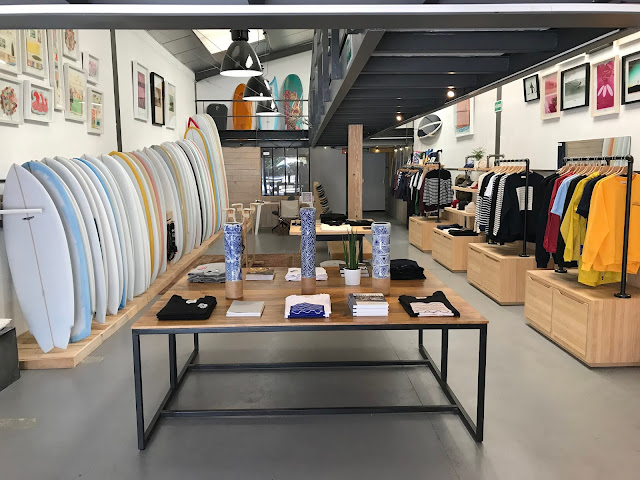 "Slipped & Dipped"
The exhibition will be on our walls until the 30th of November, stop by to see his work. You can also have a look through our website's gallery.
← Back to Journal
[[recommendation]]